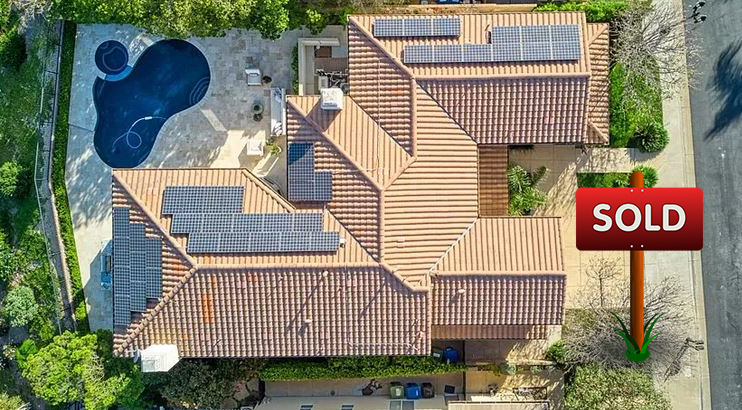 A main reason we hear for homeowners not going solar is that they are planning to move in the next few years. Studies have shown that homeowners with solar actually sell their homes for more. If you compare the results of the study to solar pricing, you will have a net gain in the value over the solar cost. Basically you would lose on not to get solar on your home before you sell it.

Your House will Sell for a Higher Price

Many reputable sources back this up. Lawrence Berkeley National Laboratory (LBNL) released a report that definitively showed that homes with solar sold for more than homes without solar. Their study is not the only one to prove that solar homes sell for more. The Appraisal Journal, the nation’s largest professional association of real estate appraisers, published a study titled  An Analysis of Solar Home Paired Sales Across Six States. It found that solar homes sold for an average premium of 3.74% of the sale price.

It is important to note that neither of these studies looked at solar leases or PPA’s, only owned solar systems. Leases and PPA’s can actually have a negative effect on your home sale as many will put a lien on your home until the lease term is up (typically 20 years). They also have to be transferred to the new homeowner which can be a problem.

If you compare pricing at various solar installers to the LBNL study’s results, every single one of their solar customers to date will garner a home value than what they spent on their system. The study found that solar increased the value of homes in California by $4.00 per watt. If you used the example of an average sized system in California (5kW), you would garner an increase of $20,000.

If you are not sure whether you are going to move soon or not, solar is still a sound investment. Your solar system will either increase your home value significantly should you decide to sell your house, or it will pay itself off in utility bill savings before you move. Either way, solar is a solid investment.

Your House will Sell Quicker

Another study by the National Renewable Energy Laboratory (NREL) looking at  homes in California found that homes with PV systems sold 20% faster (and for 17% more) across several subdivisions built by different California builders. Their study of several hundred home sales also revealed that if a solar system was already installed and factored into the price, buyers were more likely to choose that house over others without solar.